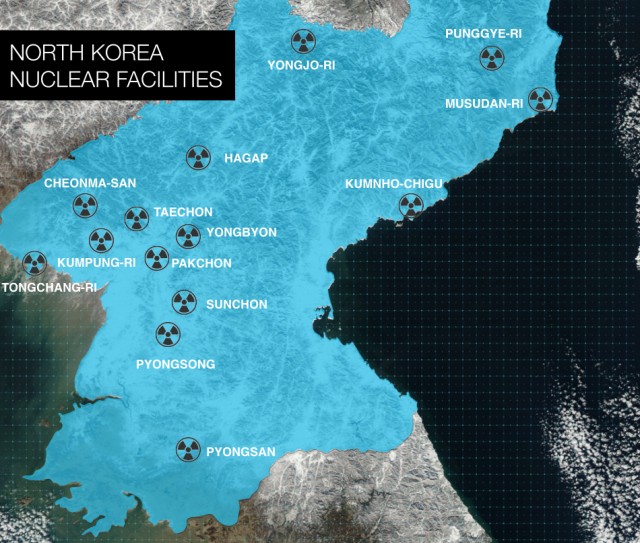 No other country can match the United States when it comes to the projection of power. Should Washington decide to carry out a military strike against North Korea, even a limited one, the immediate impact would be devastating for Pyongyang. When considering military action, however, it is important to acknowledge the variables and intelligence gaps that inevitably complicate U.S. political and military decision-making. Even with the United States’ advantage in training, coordination and equipment, complicating factors and uncertainty about the exact locations and dispositions of North Korean assets make complete mission success far from assured. 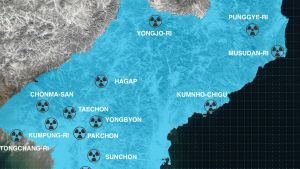 In a world of perfect intelligence, the United States would have the tools to dismantle the North Korean nuclear program, along with its associated components, in a single, massive surprise attack. North Korea is powerless to prevent a U.S. strike on its nuclear program, but retaliation is well within its means. The significant military capability that North Korea has built up against South Korea is not advanced by Western standards, but there are practical ways Pyongyang could respond to aggression against it. The North Korean military’s most powerful tool is its artillery. It cannot level Seoul as some reports have claimed, but it could do significant damage. Pyongyang risks reducing its forces by exposing them to return fire, however, which considerably restricts their use. Less conventional methods of retaliation, such as sabotage or cyberwarfare, are not as risky but would also have less effect than North Korea would like. 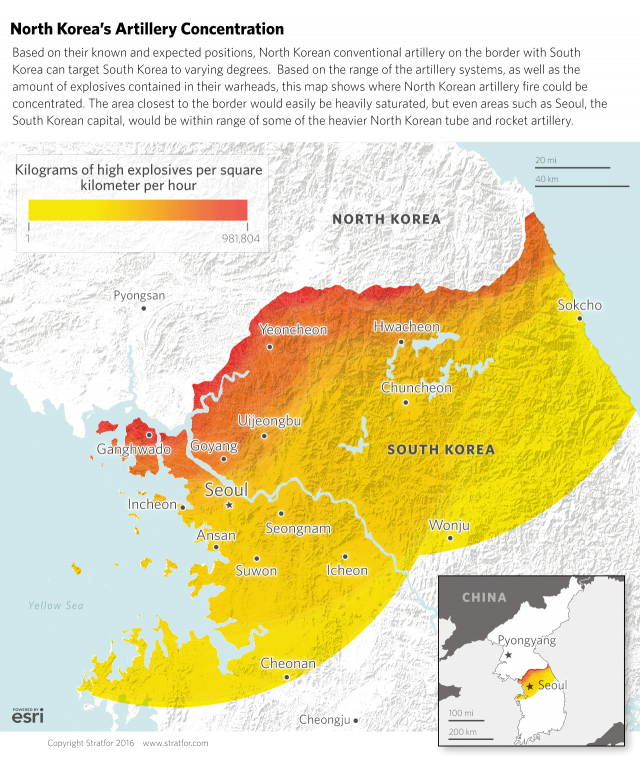 The recent developments in Pyongyang have fixed the attention of the United States and China on North Korea. In recent weeks, discussions over how to manage — and, if possible, delay or halt — North Korea’s nuclearization have dominated the discussions between Beijing and Washington. It is unclear, however, precisely how China would react to unprecedented U.S. action over North Korea. Because South Korea is a staunch U.S. ally, the North has taken on even greater importance in China’s efforts to keep foreign foes off its doorstep. Though Pyongyang’s erratic policies routinely conflict with Beijing’s own, creating headaches for Chinese leaders, China’s options for shaping North Korea’s behavior will continue to be limited so long as maintaining a neutralized and relatively stable state on its border remains its greatest imperative.

Beijing is fairly ambivalent toward Pyongyang’s nuclear program. For one, China understands that the North Korean government considers nuclear weapons to be one of its last resorts in safeguarding the security of the country and its leaders. Though Beijing has its own concerns about the idea of a nuclear North Korea, it prefers that outcome to the collapse of the government in Pyongyang. Such a political upset could create a power vacuum on China’s northeastern border that other countries — particularly the United States — might try to exploit.